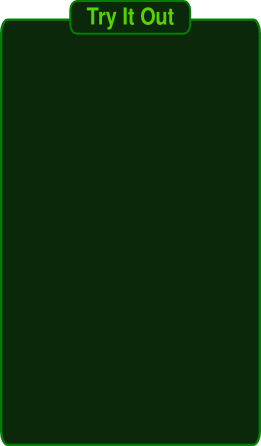 Why do we need this?

High definition video has been long anticipated, and it's clearly the way of the future for media distribution. But the people promoting it in the proprietary film and television business are trying to hang onto their past business models at the same time as they grasp for this shiny future.

The result has been a ridiculously overcomplicated set of technologies whose purpose is primarily to prevent you from watching their movies.

Sure, they say that Blu-Ray (and HD-DVD) are new and improved media for distributing video -- but that's easily done, and not the focus of development. Where the money is spent is on introducing anti-features: ways to make the "illegitimate" product worse in order to make the legitimate product more attractive. If you want to know more about this sordid situation, here's a short list of these anti-features as they exist in Blu-Ray, with explanations of what they do: AACS (a type of DRM), BD+ (another DRM element which is essentially a legalized rootkit technology), MMC (hobbled copying path), HDCP (encryption over the wire), HDMI (video interface implementing HDCP), ICT (signal used to degrade output), and Region Coding (to divide viewers geographically and sustain market distortions).

Of course, it's true that none of this actually works to defeat "piracy": all of this encryption has been broken by now, and so anyone serious about circumventing Blu-Ray's DRM will have little trouble in doing so. So it has no effect on real commercial "piracy" or "bootleg" disks. The real impact is to oppress ordinary users of the media.

And all of this is clearly antithetical to your needs if you are a free culture movie, television, or web video producer. So, you want to opt out. With DVD you could -- you just made an unencrypted "all region" disk. It was unfortunate that this wasn't the norm, but at least we could operate in our own little free-trade zone.

Not so with Blu-Ray. Blu-ray is locked down by industry collusion and binding contracts. The media moguls have got you on a short leash. As a video producer, I cannot get a non-DRM version of a Blu-Ray disk replicated (this is no myth, I queried a replicator about this directly). It's a contract violation, and it's illegal (due to patent law) to build a competing replication business using the same physical technology.

For those of us who want to produce free culture high-definition video, this presents a Hobson's choice: either we sacrifice our ethics and ideology and release on the locked down format anyway or we don't release HD video at all.

So we insist on a third option: Build a new standard that respects freedom.

Lib-Ray is that standard, and it is all about taking back the high-definition video space, at least for those of us who really care about free culture. Our standard is driven by open, transparent interface standards originally developed for the World Wide Web: HTML and free multimedia codecs.

Our goal is to replicate the positive features of Blu-Ray (menus, extras, high-definition video, high-fidelity sound, and so on) with none of the anti-features (no DRM, no region codes, nothing that would keep you from enjoying the video, copying it, sharing it, or watching it on any hardware you want to use).

We stopped work on Lib-Ray in late Summer 2011, owing to some design issues. We're now working on a modified concept that we'll soon be releasing as our "Version 0.3" Lib-Ray or "Third Prototype". This will be quite different:

A few things, such as the HTML5 menu system will be unchanged. We will probably adopt a more flexible Javascript-based system to accomodate players better (this weakens our "declarative standard" concept, but it'll mean that subtitles will work in more situations).

I will post more information as it becomes available.

On this site you will find: